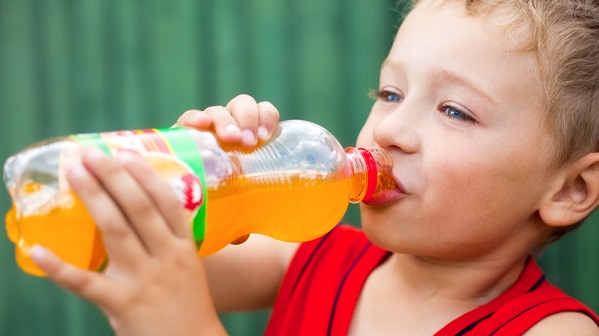 Good news for teeth: Soda consumption in the U.S. is falling.  For the eighth-straight year soda consumption has decreased to its lowest level since 1987.  Many school districts have banned sugary carbonated beverages from their cafeterias.  Well-known politicians have attempted to limit access to large quantities of soda, and even the national “Let’s Move” campaign is urging kids to drink water instead of soda. But there’s still a lot of soda being consumed, especially by kids.  Estimates have shown that one in five children consumes as many as four servings of soda every day.  Many teens drink as many as twelve soft drinks a day! Soda is not only bad for your body, being a major contributor to obesity, but it’s incredibly damaging to your teeth because its war on them hits in two major fronts: acidity and sugar.  You may have seen the popular science experiment where an egg is placed in soda and left overnight.  Not only will the egg be permanently stained, but if left long enough the acid in the soda will completely dissolve the shell.  Just like in the experiment, every time you drink soda it bathes your teeth in acid that eats away the hard enamel protecting your teeth. This is where the second attack occurs.  Soda is extremely high in sugar, containing more than 4 tablespoons in a 20 ounce bottle.  Sugar feeds the bacteria that cause cavities.  Teeth that are already softened by a constant washing of highly acidic soda are further damaged by this increase in bacteria. The good news is that it’s never too late to make healthier choices.  Replacing soda with water is not only better for your teeth, but also better for your overall health.  You can also help reduce the effects of the occasional soda by rinsing with water after consumption and using fluoride toothpaste.   Don’t forget to brush two minutes, two times each day and make sure that you are up to date on your dental appointments!

For more bad snacks and food for your teeth check out our Kids Healthy Teeth blog where Dr. Elizabeth Chen and her pediatric staff provide all the latest information.