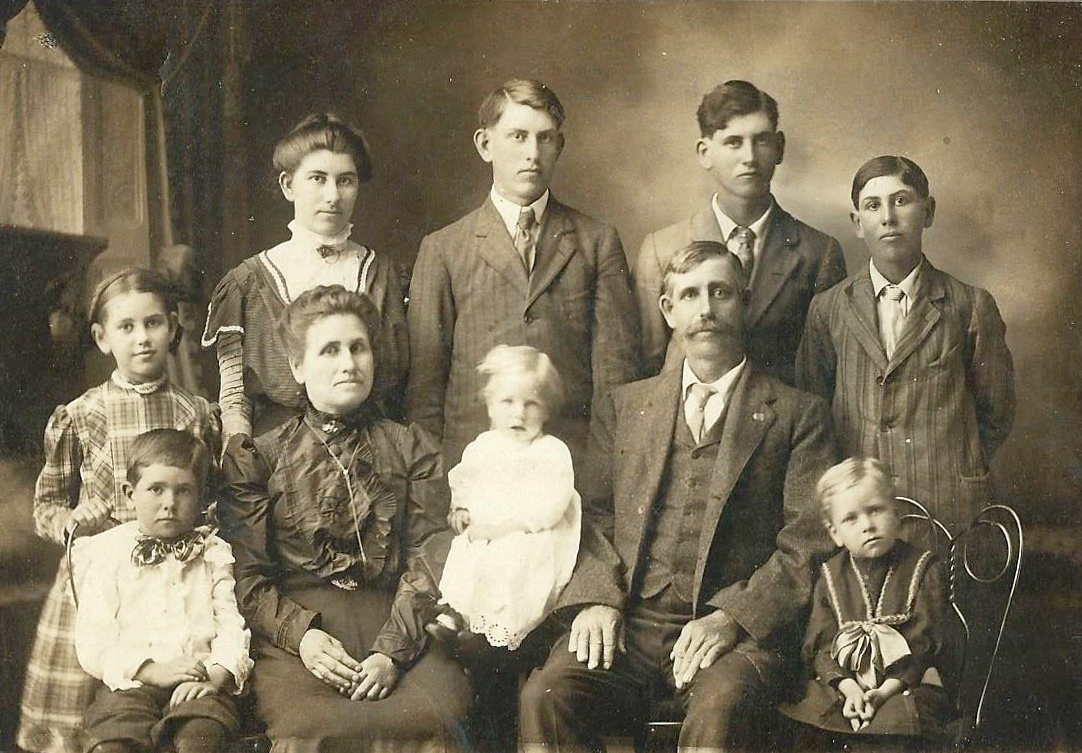 History of Photographing Smiles: When someone points a camera at us, we automatically smile. Why is that? Today it seems so natural to want to smile in photographs, but that wasn’t always the case. Keep reading to learn about the weird history of smiling in photos!

Imagine If You Mom Was Also Your Dentist…

Many believe that people from the past did not smile in photographs because they were self conscious about their teeth. This makes sense, as modern dental care did not become truly available to the public until after portrait photography became available. Though it is difficult to specifically define the timeline, portrait photography generally became more available to the American public in the mid-1850s. Colgate created and distributed the first mass-produced toothbrushes in the late 1870s, making it possible for families to take better care of their smiles at home on a regular basis. Before that, most Americans did not have regular access to professional oral hygiene equipment, or frequent dental checkups like we do today. Instead, families had to use homeopathic methods of dental care using knowledge passed down to them by previous generations to take care of each other. Imagine traveling across the country in a covered wagon with painful tooth decay!

But Didn’t Everyone Have Cavities?

Some historians argue against the assumption that people didn’t smile for portraits because they were self conscious about their oral health because everyone had bad teeth, so it would not have been considered a personal defect to have missing teeth or other dental issues. Even those that were considered the most beautiful or handsome by the people around them would have had serious tooth issues, it was just part of their reality. Virtually no one knew what a healthy adult smile would have looked like, because no one had regular professional dental checkups. Even though this was a universal experience, artists still usually chose not to paint the missing teeth or oral decay of their portrait subjects. This might mean that people were in fact ashamed of their dental issues, or could at least recognize that their teeth were not pretty to look at!

Though smiling is often associated with pleasantry and friendliness now, in the old days it was primarily associated with drunkenness or stupidity. Before portrait photography, artists typically painted their subjects with serious expressions on their faces, and only painted foolish characters with smiles. This cultural shift may also help explain why people chose not to smile in early photographs.

Today, a photographer might count to three before taking a picture, and the actual photo only takes about a second to capture the moment. The subjects of early photographs also had to deal with very long photo processing times, and it was difficult to maintain a smile while they waited. The same is true of painted portraits, as it can take hours to paint a person and it is impossible to use your smiling muscles for that long without some help. The portraits that did feature smiles often looked cartoonish and fake, as the painter had to imagine what a smile would look like on the subjects face, or work from a few seconds of memory.

In the time period during and after World War II, photography became even more accessible. Thousands of soldiers came back to America with new habits and ideas about oral hygiene that they had been exposed to in different countries while they were abroad. In many European countries it was already customary to brush your teeth every day, but brushing your teeth every day was not a widespread American habit until after World War II!

In a recent study, researchers at UC Berkeley combed over 37,000 American senior yearbook portraits from 1905 to 2013. They measured the depth of each person’s smile and the change in average facial geometrics over time. They found that on average, there has been a steady increase in the number and width of smiles in yearbook photos. In other words, more and more high school students are choosing to showcase bigger smiles in their senior portraits. This may be attributed to the increased confidence students feel now that orthodontic treatment is more available and effective!

If you think your child could benefit from a more confident smile, please contact our office!

What to Do With Your Child’s Baby Teeth