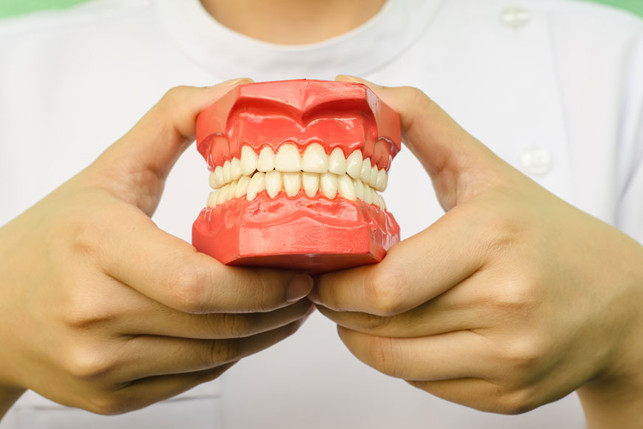 Has your child ever come to you with bleeding gums? If so, you should watch out for several causes, but the one that requires special attention is gum disease.

Bleeding gums can be indicative of severe dental health issues that you don’t want to let slide. With age, you can even relate periodontal disease to several other health problems, so you should never neglect your dental hygiene.

Toddler bleeding gums can result from inflammation and infections that endanger your teeth, mouth, and overall health. These infections can even spread to other parts of the patient’s body and cause even more complications.

Many external factors can cause gum disease, as we will be discussing. However, we can usually associate gum disease with poor oral hygiene. Below, we discuss some common causes of bleeding gums in younger patients and when is the best time for your child to visit the pediatric dentist.

Causes of Bleeding Gums in Children:

Starting with some of the least worrying reasons why your child may report bleeding gums, we have their toothbrush.

A new toothbrush with firm bristles can sometimes cause gums to bleed. If you just bought your child a new toothbrush, check the bristles to see how firm they are, or look on the package to see what types of bristles it has.

Additionally, make sure your child isn’t applying too much pressure when brushing their teeth. This mistake can also cause bleeding and damage sensitive gums.

If your child has just started flossing, then they will most likely experience some minor bleeding.

The bleeding occurs because the gums’ deep crevices are incredibly sensitive and are easily agitated when someone begins a new flossing routine.

Baby bleeding gums caused by flossing should subside in about a week. Rinsing their mouth with warm salt water may help during this initial week.

Remind your child of the importance of flossing. You can always visit our office if your child is experiencing bleeding gums for more than one week.

Any bleeding after your child begins flossing may indicate a more severe problem that requires treatment.

Some Medications Can Cause Baby Bleeding Gums

Certain medications can cause gums to become inflamed and extra sensitive, making them more susceptible to bleeding.

If your child has just started a new regiment of medications, then they might be the culprit.

Some anticoagulants may result in bleeding gums, so make sure you tell the dentist on your next visit about all the medication that your child is taking.

It is also possible that your kids may need to take a medicine that will dry their mouths; a dry mouth is at a higher risk of inflammation, leading to gum disease.

If your child has gums that bleed easily or red, swollen, and tender, they may have gum disease.

The best way to keep gum disease away from your child is an excellent oral health routine. Ensure that your children are brushing twice daily for two minutes at a time and that they floss once per day.

Gingivitis precedes periodontitis and is usually the result of insufficient dental hygiene.

What Are the Symptoms of Gingivitis?

Consider that there is a considerable amount of plaque around the base of your teeth. Your baby’s gums closer to your teeth begin to swell and look red.

The plaque irritates their gums, and the constant irritation can lead to bleeding. Gingivitis is well-known for swollen, irritated, receding, and easily-bleeding gums.

Fortunately, this condition is easily treated with professional help. Make sure you contact a kids dentist near you.

Your kid’s pediatric dentist will initiate treatment considering their medical history. Remember, we want to avoid forgetting any important details like your kid’s medication.

We may have to probe around your child’s teeth to rule out any pockets caused by swollen and infected tissue. If there is an infection, your kid may require some antibiotics for some time.

We will also emphasize the importance of having a good oral hygiene routine and maybe perform a deep dental cleaning to remove plaque deep below the gum line.

Parents really have to go the extra mile to teach their children about good dental hygiene habits. Join them to brush their teeth after every meal.

Everyone should brush their teeth at least twice a day. Remember to use a circular motion and brush your teeth at least for 2 minutes every time. Using dental floss daily is also essential to prevent dental health complications.

Keep your kid’s dentists every 6 months and pay close attention to your child’s toothbrush. Consider getting an electric toothbrush or experiment with which bristles work best on your kid.

You should also keep an eye out for what your kid likes to eat. Sugary foods and drinks can cause severe damage to your children’s teeth.

Decay, gingivitis, and periodontitis can all begin with imbalanced diets filled with sugary foods and soft drinks.

Things to Watch Out For:

What About Bleeding Gums in Toddlers With Fever?

If a child appears to suffer from periodontal disease and develops a fever, you should take them to an Emergency Room for a comprehensive medical examination.

The buildup of bacteria in your mouth causes bad breath, and you should consult with a dental health professional as soon as possible to get the necessary treatment.

If your child has bleeding gums that last more than one week, then visit our office so that we can prescribe a proper treatment plan.

Gums that bleed for more than a week are often indicative of some form of gum disease that needs to be treated by a pediatric dentist in Katy. Visit our office today to help your child get healthier gums and a smile that they’re proud to share.

What causes bleeding gums in a child

There are several reasons why a toddler may have bleeding gums. If they are brushing with too much force, they may be hurting their gums unnecessarily. Some children who are new to flossing can also hurt their gums. You should be especially attentive to bleeding because it could also signify gum disease.

How do you stop a child's gums from bleeding?

You can stop bleeding depending on the cause. If the bleeding is caused just because of flossing or brushing, you can help your child by getting a soft-bristle toothbrush or by helping them floss correctly. If the problem is gum disease, we suggest a visit to the dentist to get a professional cleaning and reinforcing the child’s oral hygiene routine.

Babies with bleeding gums may be developing gum disease. If their teeth are not cleaned properly, the buildup of plaque and harmful bacteria that attacks the teeth also causes redness, swelling, pain, and bleeding of the gums.

When should I be concerned about bleeding gums?

Blood is extremely alarming and you should always pay attention when a child says they saw blood last time they brushed their teeth. If the bleeding continues for some time, contact your dentist so they can perform a thorough examination of your child to help them prevent any further complications.

Can Bleeding Gums be a sign of something serious?

Yes. When a patient reports they have bleeding gums, or that it looks as if there is blood around their teeth, they may be developing gum disease. This is serious because it can be hard to correct it without professional help. If gum disease is not treated, the patient is at risk of losing teeth.